How to Draw a Bride in 5 Steps 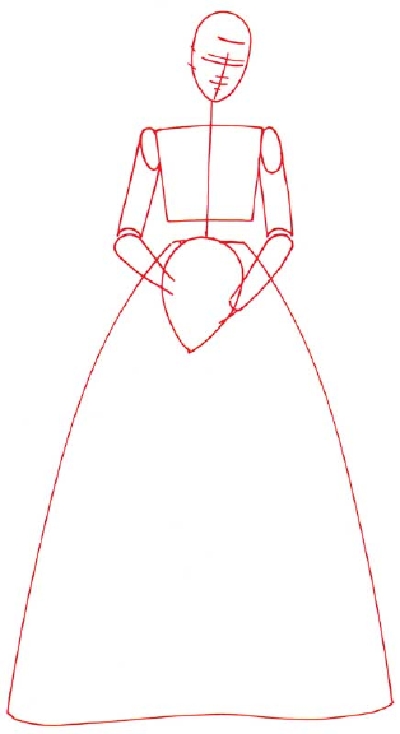 Sketch a tipped oval for the head. Divide the head into uneven left and right halves with a vertical line to determine the center of the face. Separate the oval into upper and lower halves with a horizontal line to show the position of the tops of the eyes.

Sketch a horizontal line for the hairline about one-sixth of the way from the top of the oval. Divide the area below that into three equal parts. The first line below the hairline is for the eyebrows, and the next line shows the location of the tip of the nose. The ears lie between the eyebrows and the nose.

Draw a straight line under the head to show the shape of the neck and backbone. Use a rectangle for the chest area. Form the arms with curved tube shapes. Sketch oval shapes for the shoulders. Draw a big bell shape for the dress. Form the bouquet with an egg-shaped figure between the two hands.

On the next page, we'll draw the hair.