How to Draw Biplanes in 7 Steps

Browse the article How to Draw Biplanes in 7 Steps 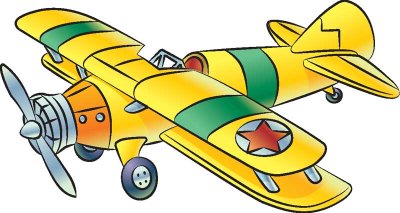 ­This eas­y-to-draw biplane has realistic details that make your drawing authentic. When you've perfected this technique, you can fill the skies with your own air show.

In this article, we'll show you how to draw the above biplane. Either draw it freehand while looking at your computer monitor or print out this page to get a closer look at each step.

Ready to get started? Check out the next  page for the first step.

1. Draw the Body and Wings 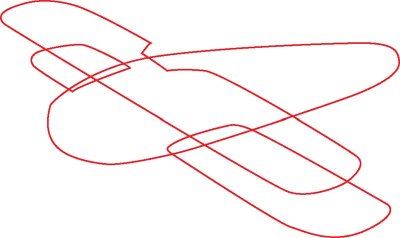 On the next page, we'll work on the tail and propeller.

2. Add the Propeller and Tail 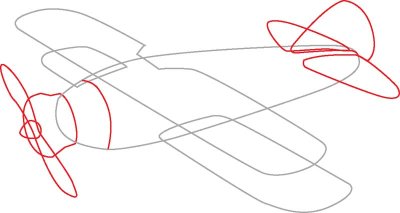 ­Sketch three rounded triangles for the tail. Draw a curved line near the tip of the plane to form the nose. Sketch a doorknob shape at the plane's tip. Add a cone and two long, thin ovals to form the propeller.

On the next page, we'll add the landing gear. 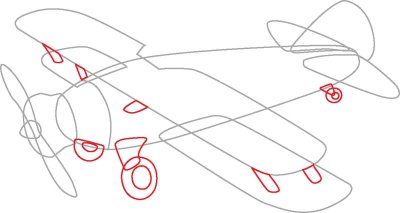 Sketch a wedge shape at the front and back of the plane to create the wheel supports. Draw three wheels -- one small one under the tail and two larger ones under the wings. Add rectangular support beams from the bottom wings to the top wings and two from the body to the top wings.

On the next page, we'll add the cockpit. 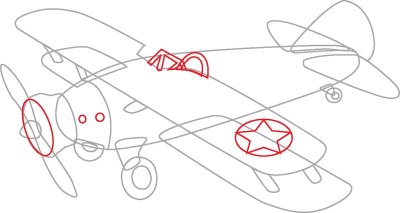 Sketch the lines for the windshield at the indented part of the top wing. Just behind that, draw two half-ovals to create the seat. Sketch an oval and some small circles to add detail to the nose. Draw a star inside of a circle on the tip of the top wing.

We'll add some stripes to the wings on the next page.

5. Add Stripes to the Wings 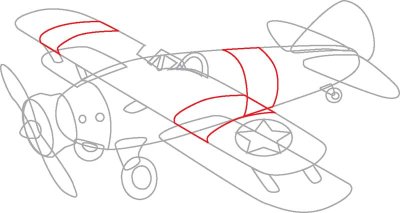 Draw wide stripes on the upper wings and midway on the body.

We'll work on adding detail to the rest of the plane on the next page.

6. Finish Adding Detail to the Body 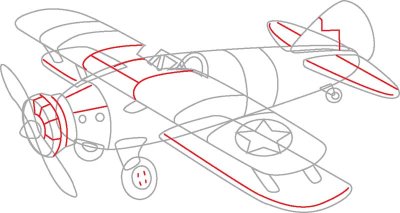 We're almost done. We'll finish our drawing on the next page. 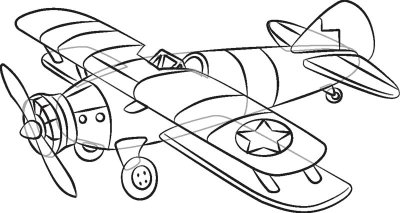 ­Use a felt-tip pen to trace the lines you want to keep. Erase the extra pencil lines.

Our next aircraft will take you straight to the moon. Learn how to draw a space shuttle.