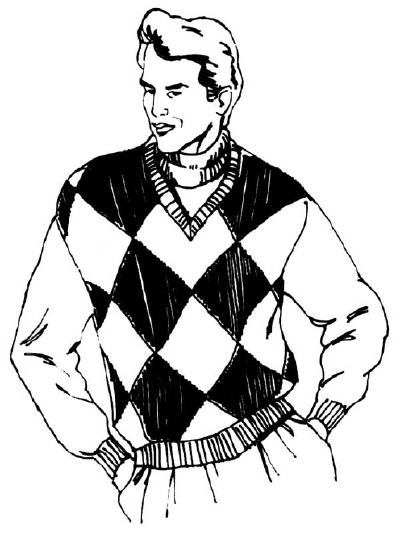 Learn how to draw a man in a casual sweater with simple step-by-step instructions. ­
Publications International, Ltd.

­There's nothing like a sweater to take the chill from an autumn day. This man is modeling a casual patterned sweater, a classic look that is just at home in the city as it is at a small-town farmer's market.

In this section, we'll show you how to draw the man in the casual sweater above. Either draw the picture freehand while looking at your computer monitor or print out this page to get a closer look at each step. 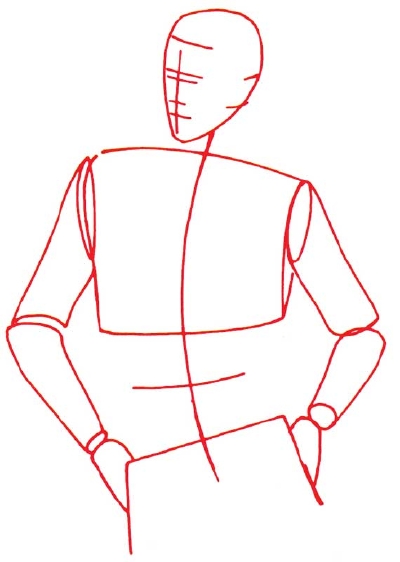 Draw a curved line under the head to show the shape of the neck and backbone. Use rectangles for the chest and hip areas. Form the arms with curved tube shapes. Use oval shapes to form the shoulders. Draw partial rectangles for the hands. 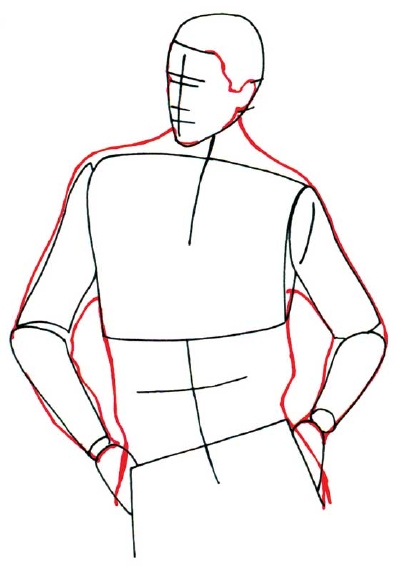 Draw in an oval shape for the ear. Use curved lines to establish the shape of the face and the hairline. Sketch a U-shaped figure for the jawline.

­Extend two curved lines from both sides of the head for the shoulders and arms.

Sketch in the sides of the sweater. Use two odd-shaped ovals to separate the sides from the arms. 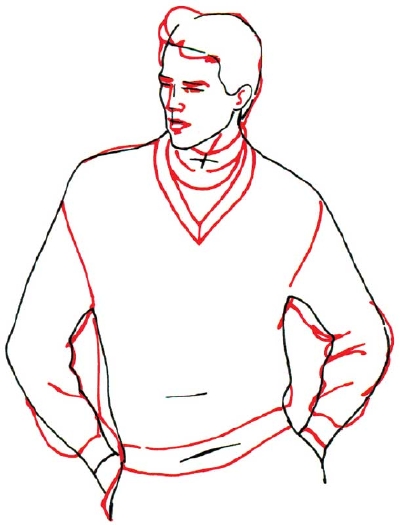 ­ Shape the hair with curved lines. Draw in two dark curves for the eyebrows. Form the eyes with dark ovals. Use an L-shaped figure and a comma-shaped figure for the nose. Draw full lips as shown. 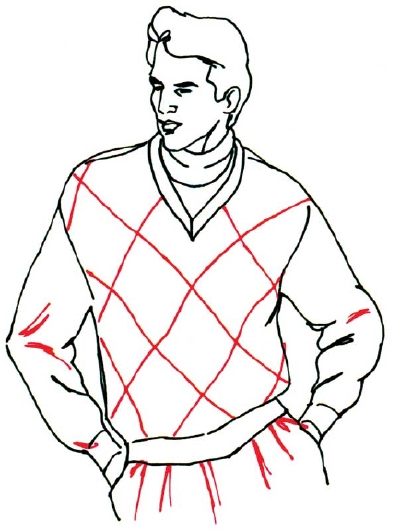 Draw lines on the V-necked sweater to form diamond shapes. Add pleats to the pants with straight lines.

Use curved lines to form wrinkles on the sleeves of the sweater.

Use short squiggles to finish the hair. Add a dark line on the jaw for shading. Use many short straight lines on the collar of the turtleneck sweater to show ribbing. Add more ribbing to the neckline, cuffs, and waistband of the V-necked sweater. Fill in every other diamond on the V-necked sweater with straight up-and-down lines to define the knit.

Great job! This patterned sweater is perfect for a chilly day, but colder weather calls for more protection. See the next section to learn how to draw a man in a bomber jacket.