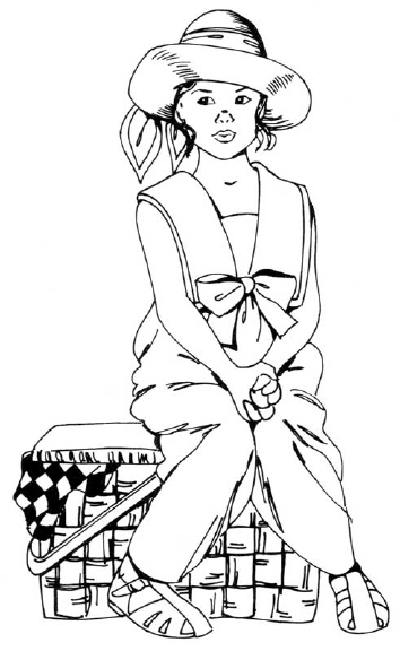 Draw a little girl with a picnic basket by following our step-by-step instructions and illustrations. ­
Publications International, Ltd.

Nothing says fun like having a picnic on a sunny day. Once you learn to draw this little girl with her picnic basket, you can have a feast in your imagination.

­In this section, we'll show you how to draw the little girl with a picnic basket above. Either draw the girl freehand while looking at your computer monitor or print out this page to get a closer look at each step.

Follow the red lines in each illustrations to learn exactly what to draw in that step. The lines drawn in previous steps are shown in black. Here, we'll show you an illustration of each step and then give you a description of how to draw it. 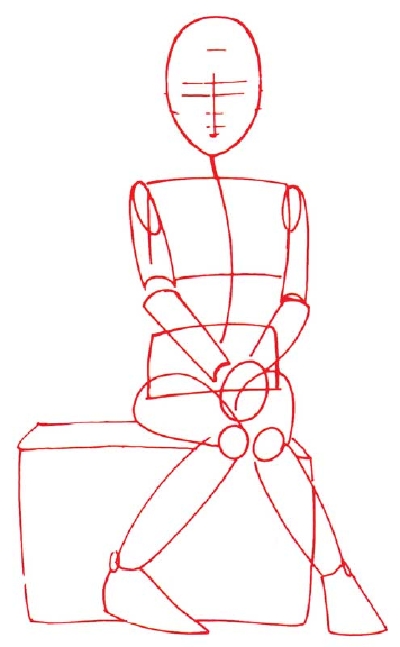 2: Shape the Body and Clothes 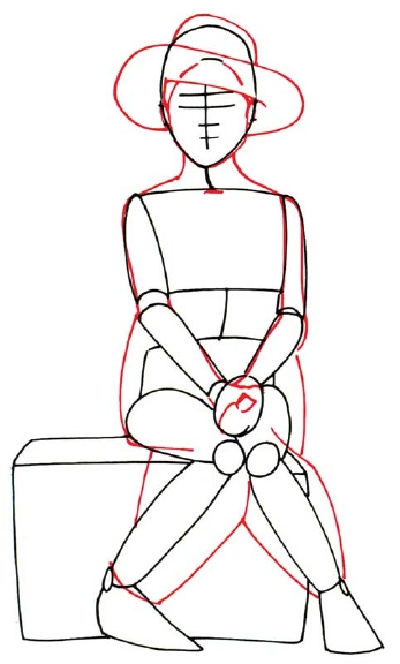 Draw two small ovals to shape the ears. Use rounded lines to form the hairline and a U-shaped figure for the jaw.

3: Draw the Eyes and Clothing 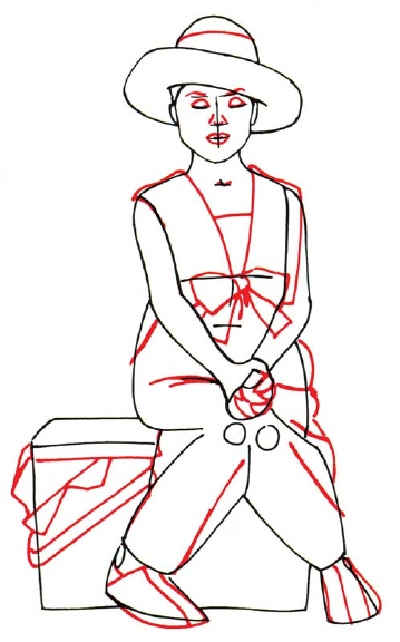 Use short curved lines to draw in the eyes and eyebrows. Form the nose with short straight lines and shape the mouth with full lips as shown here. Use straight lines for the collar and the folds in the clothes.

Draw a bow with curved lines. Use two long straight lines to draw the handle of the basket; connect the two lines with a short curve. Use three odd-shaped triangles for the cloth that is peeking out of the picnic basket.

Draw a curved line to add a band to the hat. Start shaping the fingers with small banana-shaped figures. Smooth out the shoes with long rounded lines. 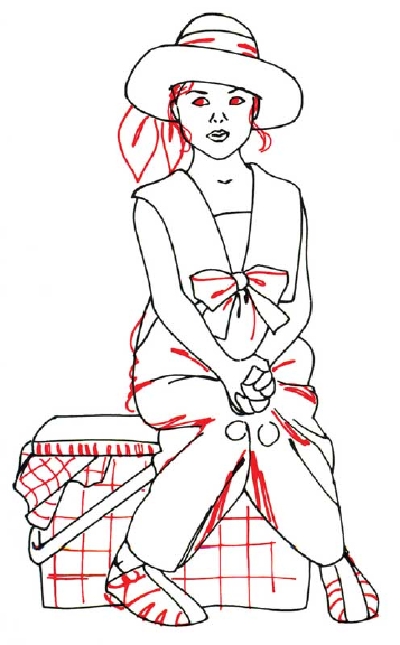 ­ Add squiggles to the clothes to show wrinkles and folds. Extend curved shapes from the lower left of the hat for the scarf. Add several long wavy lines for the hair. Form the sandals with straight lines and triangles.

Draw squares all over the basket. Do the same with the cloth peeking out of the basket, but remember to follow its shape. Use blackened ovals to draw in the eyes.

That's it! Don't worry if you don't get it perfect the first time -- just keep practicing until you're happy with the result. See the next section to learn to draw another little girl, this time in a fairy costume.

In the next section, learn to draw a girl in a fairy costume.