How to Draw a Girl in a Fairy Costume 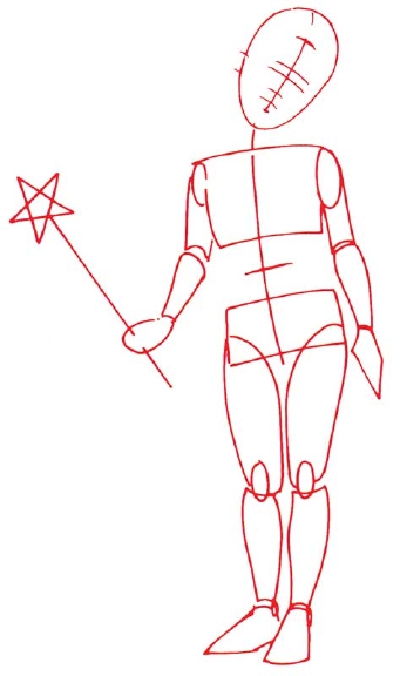 Draw a straight line under the head to show the shape of the neck and backbone. Use rectangles for the chest and hip areas. Form the arms and legs with curved tube shapes. Add ovals to shape the shoulders and kneecaps.

Draw a short horizontal line between the chest and hip rectangles to mark the waist. Shape the left hand in an oval shape and the right hand in a diamond shape. Use wedge shapes for the feet. Draw in a long straight line for the wand in the left hand and top it with a star.