How to Draw a Cartoon Monster Truck in 5 Steps 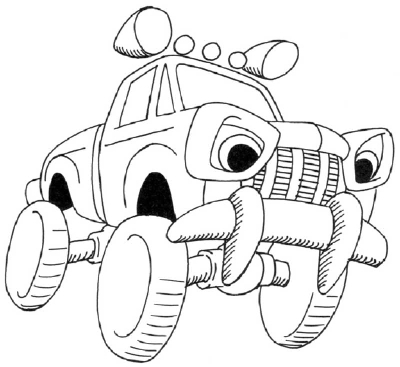 The monster truck is famous for crushing smaller vehic­les under its massive wheels -- and they're pretty cool looking too. Once you learn how to draw a cartoon monster truck, you can move on to drawing monster truck tricks and maybe even an entire monster truck show!

On each page, we'll show you an illustration of each step and then give you a description of how to draw it. Follow the red lines in each illustration to learn exactly what to draw in that step. The lines drawn in previous steps are shown in gray.

­Ready to get started? Then motor on over to the next page. 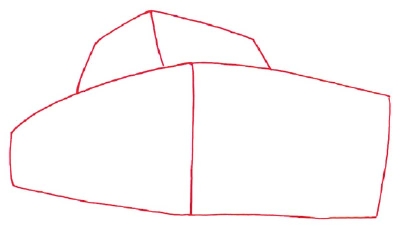 A truck isn't a truck without wheels, so we'll add those in the next step.

2. Draw the Wheels and Axles 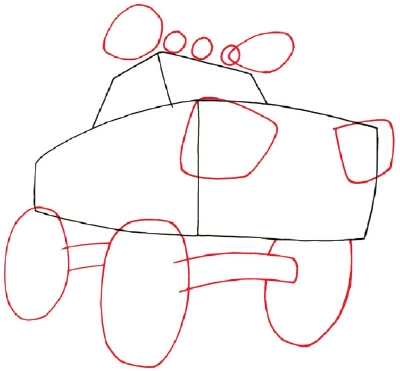 Draw two ovals (one small and one large) for the tires. Add a third partial oval for the wheel on your right. Form each axle with two curved parallel lines.

­Connect the two lines in the front axle with a short curved line. Sketch odd-shaped squares for the headlights. Add small circles and two pointed ovals for the roof lights.

3. Add the Windows and Bumpers 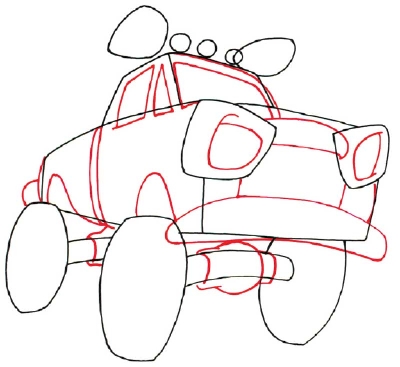 ­Use a diamond, triangle, and rectangle for windows. Put a long U-shape under the windshield and a curve around it. Form oval headlights and a banana-shaped bumper. For the front axle's differential housing, draw a U-shape with a curve and rectangle on opposite ends.

Use curves for the rear housing. Place a banana-shaped figure above it. Sketch a U-shaped front wheel well; make a question mark for the rear one. Attach a curved rear bumper.

Now it looks more like a truck, but what about the "monster" part? On the next page, we'll add eyes and fangs to our cartoon. 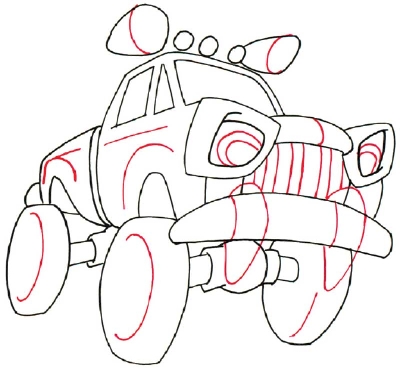 Form eyes in the headlights using four U-shapes. Add U-shapes to the front hood and roof lights. Also draw U-shapes in the tires on the passenger's side and above the wheel wells.

­Place two straight lines along the side of the truck. Sketch a slightly curved line in the wheel on your right. Form the front grille with parallel lines. Use comma-shaped bumper guards so they look like fangs.

You're almost done! Let's add the finishing touches next.

Fill most of the eyebrows and hair with lines to darken them. Shade the inside of the cape with diagonal lines. Now your monster truck is ready to roll!

In the next article, let's move on to a character that has been portrayed as fun and friendly, but also mighty and mischievous. Learn how to draw a cartoon mouse.