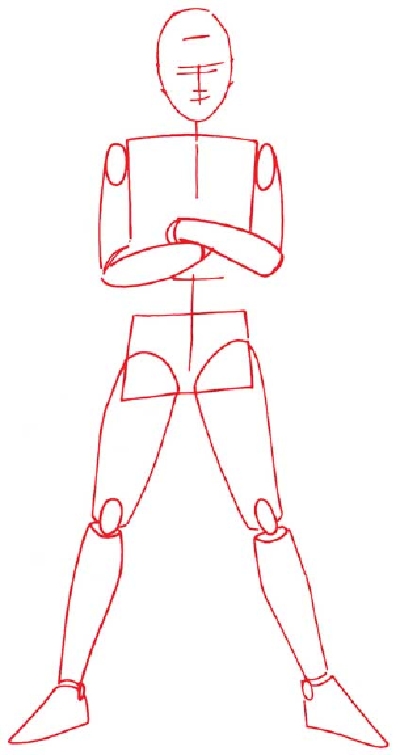 Sketch a horizontal line for the hairline about one-sixth of the way down from the top of the oval. Divide the area below that into three equal parts. The first line below the hairline is for the eyebrows, and the next line shows the location of the nose. The ears lie between the eyebrows and the nose.

Draw a straight line under the head to show the shape of the neck and backbone. Use rectangles for the chest and hip areas. Form the arms and legs with curved tube shapes. Use ovals to mark the shoulders and kneecaps. Draw in a line for the waist. Use wedge shapes for the hands and feet.